I apologize for not posting a poem here today for those of you who like my poetry, but I haven’t been feeling very poetical lately. Therefore, since I finished reading this book on Tuesday night, I wanted to write my review. 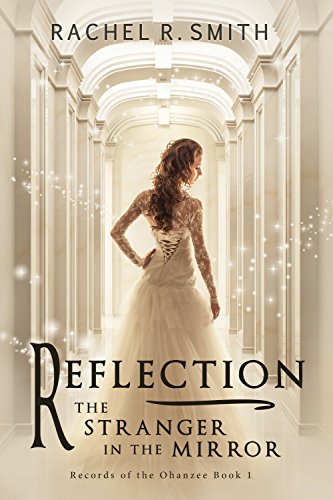 Book Blurb: An Heiress, an ancient prophecy, and a masquerade…

Nerissa, the Heiress of Chiyo, prepares for the masquerade celebrating the twentieth anniversary of a thwarted assassination attempt on her family. Longing to be admired for herself and not her title, she arranges to switch costumes and enjoy the ball in blissful anonymity. But, when the fateful night finally comes, a prophetic warning of a second attack arrives too late, and the evening turns from revelry and romance to violence. After being pulled from the chaos by an enigmatic guardian, Nerissa learns that the Royal Family has been concealing a formidable secret for generations—and it is only one of many that are about to be revealed.

My Review: Nerissa is a very interesting character, who captured my attention from the beginning. There are many characters in this story who add dimension and intrigue to the story. Rachel R. Smith does an excellent job at creating characters that make you care about them, cheer for them and draw you in to the story. Although, due to the somewhat complicated plot, some of the characters that seem to be important to the story are not developed as much as I would like to see. This could happen in the next book, however.

This story was filled with intrigue, danger and a touch of romance. Sadly, the romance may have ended before it really began, but there may be another romance beginning. The plot is strong and holds the readers’ interest, though it does tend to slow down a little too much at places.

Nerissa changes a lot from the beginning of this book to the end due to circumstances caused by the violence that erupted at the masquerade ball, another sign of a good author. An author who writes a story in which the main character shows growth and change of some sort from the beginning to the end of the story has done a good job.

Now Nerissa has difficult decisions to make. Will the decisions she makes lead to success or failure? Will the romance that seemed to bud during the masquerade be able to bloom, or will rules and regulations forbid it? What will happen to Chiyo and the people Nerissa cares about?

If you are a fan of YA fantasy or YA historical, you will probably be drawn into this story too.

I can’t say that I am a fan of the style in which the story is written. It is written in a serialized style with a story line that flows continuously through the books, and there are four books in the series. I have read series books before, but they usually have a fairly strong conclusion even though the story continues in the rest of the books in the series. This, however, ends right as a decision is made and they are planning their action, so the reader is left completely hanging and MUST read the next book to find out what will happen next. It’s an effective marketing ploy, but I still don’t like it. I am only thankful that with this particular book, the next two are already written and available and Ms. Smith is working on completing the final book of the series to be released in early 2017. However, if I had read this book and would have had to wait six months to a year for the next installment, I’m not sure I would bother. I don’t like to be kept waiting to see where a story will go next. Yes, all series do that to an extent, but not in the middle part of the major plot as this story does.

However, since the series is nearly finished and I do like Nerissa and a couple of other characters and want to see how things turn out for them in the end, I will most likely finish reading this series, but if Ms. Smith plans another series like this one, I don’t think I’ll pick up the first one. I have many books I want to read, and don’t want to have to be tied to one author’s work as I wait for another installment.