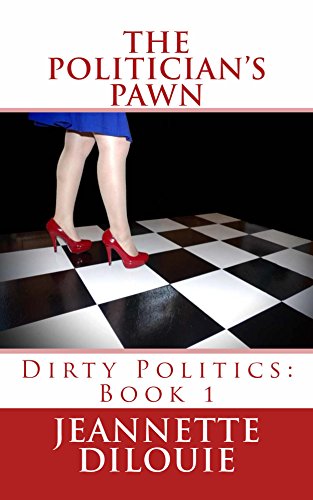 This is the first Political Thriller I have read and I was pleasantly surprised.

Kayla is kidnapped to swing a vote. However, Kayla is the wrong woman. Things go from bad to worse until an unlikely knight steps in.

Jeannette DiLouie did such a good job of writing Kayla’s emotions through the entire ordeal that I wondered if Ms. DiLouie interviewed a kidnap survivor. Kayla’s emotional reactions to all of the trauma throughout the story came across as very realistic.

Not only were Kayla’s emotional reactions realistic, but the redemptive qualities of a couple of the other characters were impressive as well, to the point that I felt they had earned forgiveness.

Ms. DiLouie did a great job of creating the characters in this story. Even the arrogance and criminal thinking of the politician came across as realistic, albeit maybe a bit eccentric or over the top.

My favorite books always include well developed characters who draw me in and make me feel what they’re feeling, and Ms. DiLouie did that with several of the characters in this book. Then she added a plot line that contained enough tension and strange circumstances to keep me turning pages.

This was definitely another hit by Ms. DiLouie and there is a second book that connects to this one, which I now HAVE to read!