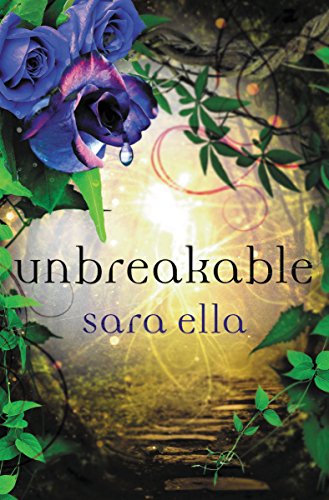 I completed my reading of Unbreakable by Sara Ella last night. This is the third and final book in the “Unblemished” series/trilogy. What a ride these books have been. Lots of romance, action, suspense, and struggles. Sara Ella did a fantastic job with her world building and creating fascinating, well-developed characters. These books kept me turning page after page.

However, when I finally reached Unbreakable, the page turning became an act of anxiety and anticipation. Would Eliyana end up with Joshua or Ky? Would she and her friends be able to defeat the Void? Which characters would remain alive at the end of the book? Whose hearts and lives would be intact, and whose would be broken?

I turned each page with trepidation because I wanted a certain outcome/ending. Would Sara Ella deliver?

This entire series was so well-written. The characters and their dialog were so realistic. I was pulled into each book in the series from the very beginning, and I fell in love with certain characters and wanted to see others defeated. There were fascinating connections between characters. There were twists and turns. Sometimes I gasped. Sometimes I smiled. But all the time, my heart pounded and my nerves were taught.

I will say, Sara Ella did do a good job of resolving everything in the end. However, with all the suspense and tension I felt throughout the series, especially the last two books, I have to say I felt like the end was too calm. The characters’ emotions didn’t seem to hold their tension and strength. Though the ending was satisfying, I felt that everything was too calm, quiet, and peaceful like walking out of an epic battle into a high school study hall where no talking is allowed. I guess I expected and wanted something more.

However, I still highly recommend these books to anyone who loves a good YA Fantasy read with incredible world-building, characters you can relate to, and intriguing romance, and I look forward to reading more of Sara Ella’s books.