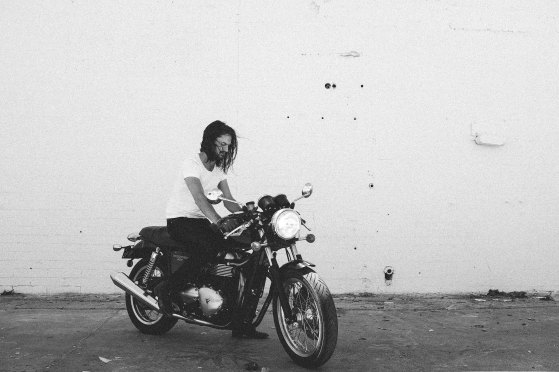 Photo by Wesley Tingey on Unsplash

Nervous tension filled me as I waited for my date to arrive. When he showed up on a motorcycle I thought I would faint. Did he really expect me to climb onto the back of a motorcycle with a complete stranger? I must’ve been crazy to allow Charissa to talk me into signing up with this dating service.

However, when he took his helmet off, my heart did a flip. His hair hung in dark waves just over his shirt collar. Then he turned those baby blues on me, and I was a goner.

He swung off the motorcycle and stood before me—head and shoulders taller than me, and my heart started break-dancing in my chest while butterflies filled my stomach.

“You must be Callie. I’m Wade Carson.”

His oh-so-smooth voice rolled over me like a refreshing summer rain. “Uh, yeah, I’m Callie.”

“I hope you don’t mind riding on my bike?” He quirked an eyebrow at me.

I looked at the motorcycle then back to him and cleared my throat. “No, that’s fine. I mean, you just rode it, how far to get here, and you arrived safely.” I released a nervous giggle.

He chuckled. “It was a forty-five minute drive, and don’t worry, I’m a careful driver. I have an extra helmet.” He moved back to the bike, lifted a helmet from the far side, and held it out to me.

I moved closer, took the helmet and inspected the bike. I didn’t see any handholds for the passenger. I looked into his blue eyes. “What am I supposed to hold onto?”

“Me.” He winked and grinned, displaying two deep dimples.

I forced myself not to fan my hand in front of me, but this was so not what I expected from a dating service. I thought only desperate losers resorted to sign up with dating services. “Okay.”

He helped me strap the helmet under my chin, then swung his arm in an arc, inviting me to get on the motorcycle. When I was seated, he swung his leg over and took his position in front of me.

“When we go around a turn, the bike will lean. Lean into the turn, otherwise we may tip over.”

He started the bike, pulled out of the driveway and onto the road, and I placed my hands on his sides.

We attended a matinee showing of the movie “Mask” that starred Cher, and if I’d known it was going to make me cry, I would’ve suggested something else. I tried to keep my sniffling to a minimum, but Wade reached over, took my hand in his, and rubbed the back of it with his thumb.

After the movie, we went for pizza.

“So if you read my profile, I guess you know I work in construction. Job foreman, actually. And you write for a magazine?”

“Yeah. I’m one of the feature writers. I pretty much get to pick and choose what stories I want to write.” My curiosity getting the better of me, had me blurting out the question I’d been dying to know the answer to. “So why did you sign up with the dating service?”

“I was having trouble meeting women who were more than just a pretty package.”

“Have you gone out with many women through the dating service?”

“A few.” His eyes bored into mine.

I became uncomfortable under his scrutiny and was the first to look away.

We left the pizza shop and he took me home. He walked me to the door, stood close, and looked down at me.

When he bent closer, I took a step back and put a hand on his chest. “I don’t kiss on the first date.”

He put one hand on my hand on his chest, and took my other hand in his but never broke eye contact. “When can I see you again?”

He dropped one of my hands, grasping the one on his chest in both of his and raised it to his lips. He kissed each finger, then the back of my hand. “I’ll see you next Saturday.”

I walked into my apartment, leaned against the door, and sighed certain that Wade Carson with his dimples and baby blues would be first and foremost in my mind the entire week.