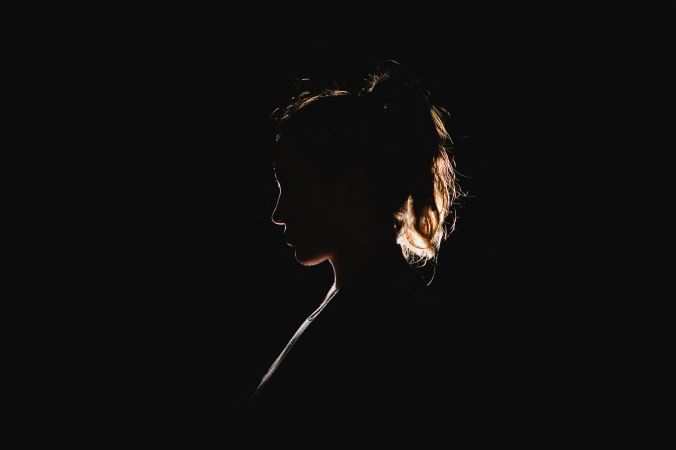 Photo by Molly Belle on Unsplash

Tyler tilted Riley’s chin up to get a better look at her face and gritted his teeth at the evidence of a fight. Using his thumb, he delicately wiped away a streak of blood near her mouth, saying nothing as he examined her for a split lip or missing teeth.

After a brief pause, Riley’s heart skipped a nervous beat as Tyler looked directly into her eyes.

His voice, quiet and tense, his anger barely restrained. “Who did this to you?”

Riley turned away and hung her head. “It’s not your concern. I’m all right.”

“All right! Your lip is swollen and bleeding and you have the beginning of a black eye … and what do you mean … it’s not my concern?” He stepped around in front of her, waited until she met his gaze. Then he placed a hand on the side of her face. “I love you. It’s my job to protect you. Now tell me … who did this to you?”

“My dad came home drunk again last night. When he backhanded my mom so hard she flew across the room, I moved in and punched him in the jaw. I told him if he ever hit Mom again I’d kill him. That drew his anger toward me. He said I was too big for my britches and he’d show me I wasn’t so tough, but I showed him I’m resourceful. His first strike was a backhand to my mouth. When his fist connected with my eye, I landed on the floor. I spotted my old baseball bat within reach, so I grabbed it, got to my feet, and swung it. I hit him in the head … not hard enough to kill him … but it knocked him out cold. Then I got Mom out of that house … took her to a shelter.”

Tyler wrapped Riley in his embrace. “Do you think she’ll stay in the shelter … not go back to your dad?” He said the word as if the taste of it was vile in his mouth.

She shrugged. “I hope so. It really upset her to see him hit me. She’s always taken the hits before. I hope that’s enough to motivate her to make a change—to get away from him for good.”

Tyler held her tighter. “You’re not going back there … not ever again.”

Riley looked up at him.

“Marry me, Riley. Then you can live with me and I can always protect you. No woman deserves to be beaten like … this.” He ran a thumb over her swollen lip, so gentle.

The love she saw in his eyes enveloped her with warmth. “I know you love me and … I love you, but I still have two years of high school, and you’re supposed to go to college, get your degree.”

“Look, I already have my own apartment and a good job in the field I want to study anyway. I can talk to my boss … maybe the company will help with my degree … maybe online classes, and you can still finish high school.”

“I can’t marry without a parent’s consent and a judge’s approval. I’m underage.”

“Then move in with my parents. They know I plan to marry you—that you’re the love of my life. I’m sure they’d be supportive.” He took her hand and stepped toward the door. “We can go talk to them now. I need to know you’ll never be near that monster again.”

“Tyler.” She reached up and placed the cool palm of her hand upon his cheek. “I don’t know what I ever did to deserve a hero like you, and words could never express how much I love you.” Then she stretched up on tiptoes and kissed his lips.