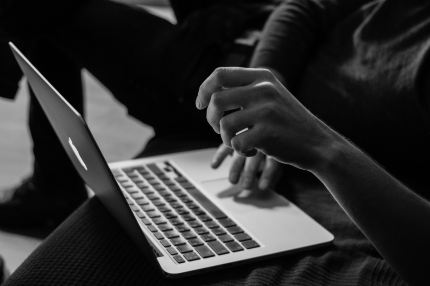 Photo by Sergey Zolkin on Unsplash

Theresa pushed the “block” button to block his messages and felt her heart tear in two. All her friends, and her own head, told her this was the right thing to do, but would her heart … could her heart … survive it?

Yeah, she’d heard all the warnings: “Don’t make friends with strangers on the internet”, reminiscent of the “Don’t talk to strangers” rule her parents had taught her when she was a young child. But didn’t everyone do it? Wasn’t it called socializing?

Maybe, but you weren’t supposed to lose your heart, and that is what she had done. He was so sweet; so romantic. He’d said he loved her.

Had there been red flags? Yeah, small ones at first that her heart brushed aside. Then the red flags began to occur more often—“buy a $100 Amazon gift card and send me a photo of the card and receipt”; “can I have the username and password to your credit card account”? She’d fulfilled a couple of these requests, but she wasn’t made of money.

Then he’d sent her money. So was he really a bad guy?

Theresa got scared and changed all her usernames and passwords to keep him out because of all the warnings she kept hearing in her head. Today, pushing the “block” button was her last act to shut him out. She was listening to her head while her heart shattered, leaving an incredible ache in her chest.

Now she wondered, would he … could he? Would he come and find her, declare his love and propose to her as he’d promised?

Or had pushing the “block” button not only severed their connection, but also left him devastated? He had told her he had no one else but her in the world. Was that true?

Unbearable guilt and pain filled her chest. Though she had never met him face-to-face, he’d made her feel more loved than anyone else ever had.

Had pushing that “block” button protected her from someone she needed protection from, or had it shut out her knight in shining armor?