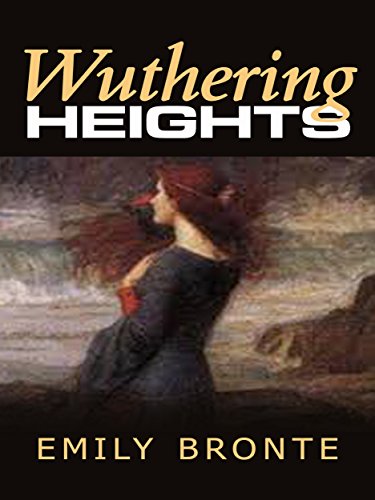 Jenna Rogers walked down the high school hallway, head lowered, long, wavy locks of jet black hair falling forward, hiding most of her face. She stepped into the English classroom and paused. A guy she hadn’t seen around school before was in her seat.

She stood to the right of the doorway waiting to see if he’d move. Miss Conrad, the English teacher, entered the room and caught Jenna’s gaze.

“Is something wrong Jenna?”

“Someone’s in my seat.” Jenna’s gaze returned to the boy in her seat.

Miss Conrad walked to her desk and picked up a piece of paper. She read it, then turned and approached the young man.

“You must be the new student, Ted Masterson.”

The young man looked up at Miss Conrad. “Yes, I am.”

“Welcome to my English class. The seat you are in has already been assigned. You will have to move to that desk.” Miss Conrad pointed to the desk diagonally to the right and back a row.

Ted picked up his backpack and moved to the desk Miss Conrad had indicated.

As Jenna moved to her seat, her eyes met Ted’s for just a moment before she lowered them and took her seat.

A week later, Ted followed Jenna out into the hall after class.

“Hey Jenna, would you be willing to help me with this English assignment? English isn’t exactly my strongest subject, and I really don’t understand ‘Wuthering Heights’. You seem to get it. I mean, you answer a lot of the questions in class.”

Jenna looked into Ted’s chocolate brown eyes and her pulse pounded in her ears.

“Uh, yeah, I guess so. If we have a study hall together, we could meet in the school library.”

“I thought we could go to the Eighty’s Café after school, grab a bite, and study there.”

Jenna wrinkled her brow. “I don’t think a café that plays lots of music is very conducive to concentration.”

“Oh, yeah. You have a point. Do you want to come over to my house after school?”

“Why don’t we meet at Charlie’s instead? It’s quiet. We can get ice cream or pastries and coffee or tea while we study.”

“How about tomorrow? I need to let my mom know I won’t be home right after school.”

“Okay. I really appreciate this Jenna. As a matter of fact, consider your order at Charlie’s on me.”

He smiled and Jenna’s heart skipped a beat.

The next day Jenna didn’t volunteer to answer any questions in English class, and when Miss Conrad called on her, Jenna needed her to repeat her question.

After class Ted caught her in the hallway. “So are we on for Charlie’s after school today?”

“Great! I’ll meet you in front of the school after the last bell.”

Jenna continued to struggle with her concentration through her last two classes. It wasn’t like her to be so distracted. After the final bell rang, and she headed toward the front entrance, butterflies took up residence in her stomach. When Ted grinned at her as she descended the cement stairs, the butterflies fluttered to the point of causing a wave of nausea.

“So Jenna, do you normally walk home from school?”

“The same way we’re going. I pass Charlie’s every day. Sometimes I stop there to study on my way home from school.”

Ted looked at her with wide eyes. “You stop to study alone?”

They entered Charlie’s and Jenna led the way to her favorite table. They put their backpacks down and walked to the counter to place their orders then settled in their chairs.

As soon as they pulled their books and notebooks from their backpacks Ted said, “So what exactly is ‘Wuthering Heights’ about? It seems like all the characters hate each other. I find it depressing.”

“Yes, it is a rather tumultuous story, especially for the time period it was written in. Did you know that Emily and her sister, Anne, paid 50 pounds to publish ‘Wuthering Heights’ and ‘Agnes Gray’ together in a single volume because they couldn’t find a publisher who would publish it? Also, they used male pen names because back then women were not accepted as authors.”

“Yes. And, though ‘Wuthering Heights has been hailed as one of the greatest love stories of all time, it’s really more of a Gothic novel. After all, only the first half is about Heathcliff and Catherine. The second half is about things that happen after Cathy’s death. The story is full of physical and emotional abuse. Heathcliff was quite abusive, and he was completely obsessed with Cathy.”

“You’re really into this stuff, aren’t you?”

“English and literature are my favorite subjects. I read a lot of books.”

“Have you written any stories?”

“I never said that. I just don’t like to read stuff that I don’t understand.”

“You know, you have a pretty smile.” Ted reached over and pushed the strands along either side of Jenna’s face back. “And you should keep your hair behind your ears or tie it back so people can see your eyes. They’re beautiful—the bluest eyes I’ve ever seen. Sometimes the way the light hits them, they almost look purple.”

Jenna’s face grew warm and she knew she was blushing. She leaned away from Ted’s touch. “Well, we should get back to ‘Wuthering Heights’.”

Three days later, Jenna found a small teddy bear in her locker with a note that read: When I was younger, my mom called me “Teddy” and gave me a special teddy bear. I hope this bear will make you think of me every time you look at it, and I hope we can be more than friends someday.”