I stare at a blank computer screen
Until my eyes water.
My fingers are poised
Above the keys.
A character whispers in my ear;
My fingers begin to type.
She tells me about her life
And includes more characters.
Oh, the ups, the downs
The round and rounds —
She keeps me on the edge of my seat.
She stops.
She needs a break
Until tomorrow when we meet again
To continue this story.

I am a homeschool mom. My oldest always loved and excelled at writing and now is doing quite a bit of it and earning some money at it while attending college, where he is taking a double major: history and literature. He prefers nonfiction, whereas I prefer fiction, and that’s fine with me. I want my boys to do what they love and what will make them happy, which is much better than being stuck in a demanding job that would make them miserable.

My middle and youngest sons, however, have not taken naturally to writing and do not love it. When a friend suggested that I sign them up for a writers’ club that meets once a month, I thought, “Why should I do that? I’m a writer. I can teach them how to write.” Then my friend proceeded to explain how the writers’ club works — they get the first assignment by email and are to have it completed by the first meeting, where they will take turns reading their papers and then receive the assignment for the next meeting. This allows them to hear the writings of others and to become familiar with other voices and styles from children of almost all ages, mostly ages 8 to 18. So, I signed them up.

After two years of participation, my middle son has become quite a good writer, and he loves to incorporate humor into his writing. His writing was so popular with the moms from the writers’ club that he will be missed now that he has graduated and is moving on to bigger things. My youngest still struggles with some of the assignments, mostly the nonfiction assignments. He hasn’t gotten the knack of making them interesting. He just wants to put down the facts and be done.

Their first assignment every year is two-part: one – write a paragraph about yourself to introduce yourself to the group (members do sometimes change); and two – write a paper about one thing you did and enjoyed over the summer. My son decided to write the paper about himself first, and he proceeded to list facts. So, I decided to do something creative to challenge him. I told him I would write about myself and when we were finished we would read them aloud and he could decide whose was more interesting.

That’s what we did and when we read them, he admitted mine was more interesting, and he was not upset. Instead I could tell that he was thinking about the differences in our papers. I then gave him one idea about himself and from there his mental wheels started turning and he rewrote his paper and produced an interesting piece about himself.

When he wrote the paper about what he did over the summer, he did a better job, but needed help with the beginning and ending. The beginning is where you want to hook your readers (or listeners), so I helped him rework his beginning and he got excited and reworked more of the piece. Then his ending needed some work because you want a good solid ending that wraps the whole piece up, so I helped him with that and he is now very happy with both papers and can’t wait to share them at writers’ club on Friday.

She stretched her arms up to the sun. She loved the way it kissed her face and warmed her after last night’s chilling rain. The world around her was waking up. Children came outdoors to play, their puppy following closely behind.

The puppy wandered over and sniffed her upturned face. She feared that it may sprinkle on her, but it soon moved on to open grass.

Soon a little girl came close to examine her. An older girl approached. The little girl looked up the the older one. “Pretty flower,” she said. “Yes, that is a dahlia. Now, come along.”

Chipmunks running across my deck.
I stand at the top of the steps.
I see one peek from under the shed;
It and another come scurrying up
And stop one step below.
I am here, they know.
One decides to retreat
As the other flashes by my feet.

Red is roses, lips and heat.
Red tastes like strawberries.
Red smells like tomatoes and watermelon.
Red makes me feel romantic.
Red is the sound of burning embers and “I love you”.
Red is flowers, love and a sunset.
Red is a blushing bride on her wedding day.
Red is commitment.
Red is a beating heart. 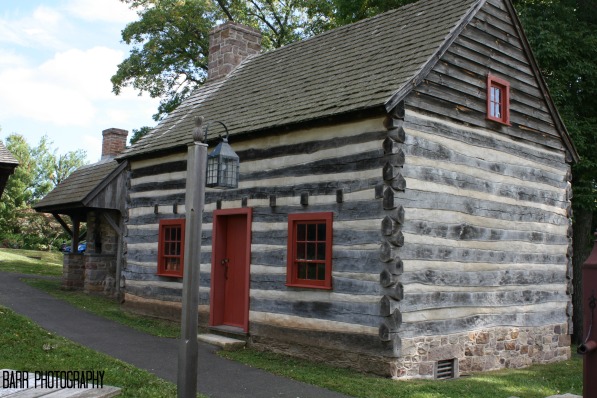 As he walked through the woods, he heard leaves crunching up ahead. He creeped from tree to tree wary of what may lie ahead. As he slipped up behind the large trunk of an old oak tree he saw her, a woman of exquisite beauty.  Her auburn hair appeared to be blazing with the sun’s rays shining on it. Her lips,  red and moist, touted an invitation to a kiss. Her large eyes sparkled in the unusual color of violet and her complexion, a flawless peaches and cream. She paced back and forth wringing her hands. She was dressed in tan leggings and a dark green tunic with a scalloped bottom.  Tied to a cord around her waist hung a lumpy, brown bag that jingled at each of her steps. A bow lay on the ground near her feet, and slung over her shoulder, a quiver of arrows.

He decided on a cautious approach to offer assistance,  but before he shifted from his position a thundering noise came through the trees to his left and a great, sleek, black stallion trotted to the woman.

“Oh, you’re here! I feared you had been killed.” She wrapped her arms about its neck and pressed her face against its jaw as the horse nuzzled her neck with its lips.

“We must get out of here.” She seized her bow, grabbed hold of the stallion’s long, flowing mane and heaved herself upon its back, and as he stood mesmerized at the sight, beauty fled from his undisclosed presence.

A knowing grin slid across his face. No one would believe that the thief of Westhaven was a beautiful woman.

Lightning flashed and thunder roared.  Then came the pouring rain pelting down so hard it stung her bare face and arms.  Mavis ran for shelter.

She rushed into the log cabin, closing the door behind her.  Her breath caught in her throat.  Ray stood in the middle of the room.  His cold, dark eyes held her in a hard stare.  Mavis trembled, not just from the chill of the rain.

Her eyes spotted the near empty whiskey bottle on the table.  She turned and tried to open the door figuring it was better to chance being struck by lightning than to take another beating.

Ray swiftly closed the distance between them.  He grabbed her upper arms before she could get the door open.  He turned her to face him.  “Where ya been, Mavis?”

“I was taking care of the animals.”  Her voice trembled.

“The stupid animals could’ve waited.  I’m hungry and you’ve kept me waiting for my supper!”  He shoved her toward the kitchen.

Mavis stumbled.  After regaining her balance, she grabbed some wood and fed the barely burning embers.  She grabbed two frying pans.  She mixed up buttermilk dough for biscuits, cut them and put them on a tray in the oven.  She peeled and sliced a few potatoes.  She put a steak in one pan, some lard and the potatoes in the other.

“Hurry up!  I’m powerful hungry.”  Ray started across the room.

Ray stopped behind her.  He stood so close she could feel his breath on the back of her neck.  She tried to still her trembling as she turned the steak then the potatoes.

His arms wrapped around her waist.  He kissed the side of her neck.  “You’re still a good lookin’ woman, Mavis.”  He reached with one hand and pulled the clip from her hair and let the brown waves cascade down her back.  He ran his hand through her hair, kissing her neck again.    He breathed in her ear.  “You know how I love your hair free and loose.  You should let it hang more often.”

“I have to get the biscuits out of the oven.”

Ray stepped back just far enough to allow her to retrieve the biscuits.  When she had set them down and moved the pans to the back of the stove, he wrapped her in his arms.

She hated the smell of whiskey on his breath.

“Forget supper, Mavis.  I’ve got a mighty hunger for somethin’ else right now.”  He leaned to kiss her.  She turned her head away.

Ray grabbed a handful of her hair.  “Don’t tease me, Mavis.”

He picked her up and carried her to the bedroom.  Her heart felt like a heavy stone in her chest.  Tears stung at the backs of her eyes and she willed them not to spill over.

Afterward, Ray went to the kitchen and ate, while Mavis lay in the bed silent tears rolling into her hair.

No, he hadn’t hit her, but she wasn’t sure whether it was the beatings or the being taken advantage of that hurt more.  Both left their scars.

His ears perk up when I speak.
His kisses are wet and sloppy.
He senses when I’m sad or ill
And offers me comfort.

As soon as I take a seat
He is right beside me.
Hi puts his head upon my lap
For a scratch on chin or behind ears.

He’s quiet unless he senses a threat,
Then his growl and bark are menacing.
He is friendly, obedient, faithful
loyal; cuddly, soft and warm.

We play ball and take walks
Or go for rides in the car.
If you haven’t figured it out,
He is my Labrador Retriever.