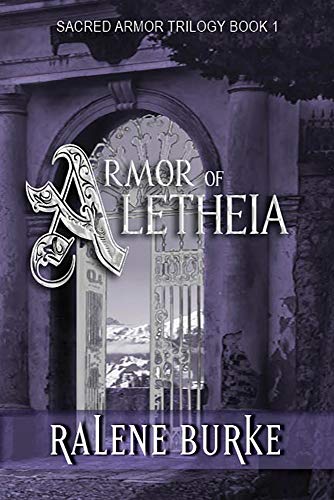 “Armor of Aletheia” by Ralene Burke is a new release by this Fantasy writer. It is the story of Karina, an orphan raised in a castle. But when the king dies, his wife wants Karina dead.

The Creator sends Karina on a quest, where she meets many new and interesting friends. Before her quest can be completed, however, she must return to the castle and seek help for the Temple of Aletheia, but is thrown into the dungeon.

Karina faces many obstacles and must lead in a war. The story is filled with action, adventure, and a bit of romance.

This is the first book I have read by Ms. Burke, but I thoroughly enjoyed it. It was well written and captured my attention at the start and held it until the very end. Her characters were well developed and I became invested in them from the start as well–wanting those that I liked to succeed and those that I did not like to fail.

Ms. Burke included one unexpected twist I had not anticipated as well, which added tension and conflict to the story.

This is obviously the first book of a series, as it ends with the words “To Be Continued”, but the ending holds enough resolution and ends wrapped up to satisfy the reader until the next book is released.

If you are a Fantasy reader, you will enjoy “Armor of Aletheia”. I believe this story is suitable for middle grade readers through adults. There is violence due to war, but it is not overly graphic. There is no inappropriate language or explicit intimate scenes.