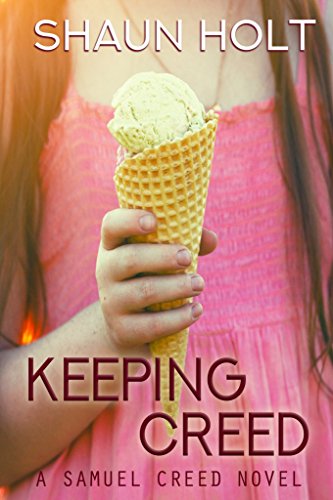 I won a signed copy of this book via a Twitter contest. It is not Shaun Holt’s first novel. However it is the first novel by Shaun Holt that I have read.

About the Book
In the first part of the book, Samuel Creed informs his oldest brother that he wants to enlist in the military. His oldest brother tells him he’s too smart and should do something else with his life. However, Sam’s oldest brother, Sawyer, is killed in the September 11th attacks, leaving behind a wife and a daughter. This event solidifies Sam’s determination to join the military, now with a strong desire for revenge.

The story follows Sam to Afghanistan, where he fights several combat tours, before he returns and reunites with his family. Still feeling a need to finish what he started in Afghanistan, he obtains a job with a counter-terrorism agency in Washington, D.C.

In addition, his niece introduces him to Tessa, a librarian with a love of literature.

My Review
After the initial introduction to the main characters, I felt the pace drag a little after the death of Sam’s brother. For several chapters the focus remains on September 11th and Sam’s brother’s death a little longer than I thought was necessary. However, it did not lag enough for me to put the book down.

The story’s pace picks up again when Sam gets to Afghanistan, and the pace doesn’t drag again. I found it very interesting reading about Sam’s military experience, but my favorite parts of this book are when Sam is home and spends time with Rose, his niece. Sam and Rose have a relationship that is so much fun to read. He challenges her and has deep conversations with her, and has fun with her. Their interactions are completely delightful.

When Sam meets Tessa and they begin a relationship, I find myself skipping quite a few scenes due to the fact that they are sexually explicit, and I prefer not to read sexually explicit materials. I found that skipping these scenes did not take away from the story, as there was nothing of importance to the actual plot in those scenes. (I did not know until I had won the book that there were such scenes in it. However, the author does state that fact quite clearly in the early pages, before the story begins.)

I must say that Shaun Holt is a very good storyteller. He engages the reader and his characters are well-written. Some are endearing and very likeable. Some are very interesting, and maybe a little irritating until you get to know them, just like some people in real life.

Near the end of the book, Mr. Holt included a twist that completely surprised and shocked me. I never saw it coming, and it was extremely well written.

All-in-all, I enjoyed this story and its characters and I give it 4 stars.

I have to say that I am inclined to read the next Samuel Creed Novel, when Mr. Holt releases it because I love the characters, and for me, characters are what make a story. Of course, there has to be a plot to keep things interesting, create tension, and move the story forward, but, in my opinion, without great characters, even a great plot loses something.

Mr. Holt included a bit of the upcoming Samuel Creed novel at the end of this one, and I am already intrigued.